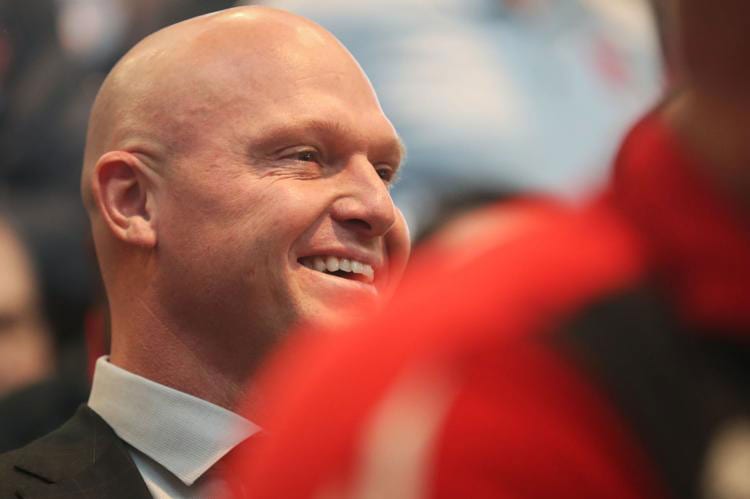 September 9, 2006. It started as a normal college football game in Neyland Stadium. If anything, the event was an afterthought, dropped into the schedule at the last minute. For Inky Johnson, though, the game changed everything. A routine tackle turned into a life-threatening injury, and nothing has been normal for Inky ever since. Not with a paralyzed right arm. Not with daily pain. Not with constant physical challenges. His dream had always been to play professional sports. You might think his injury would have destroyed his motivation and crushed his spirit. But that’s only because you don’t know Inky.

Matt Davison was raised in Tecumseh, Nebraska where he was an outstanding high school athlete. In 1997, he was named Nebraska high school Athlete of the Year and was honored with the title of Mr. Basketball as well. After High School, Matt accepted a scholarship from head coach Tom Osborne to take to the gridiron for the University of Nebraska. Like many youngsters in the state, Matt dreamed of one day playing football for the Big Red, and in 1997, that dream came true! As a split end from 1997-2000 he finished his career ranked second all time among Nebraska receivers with 93 receptions and 1,456 yards, trailing only Heisman Trophy winner Johnny Rodgers’ 143 catches for 2,479 yards. Davison led the Huskers in receptions as a sophomore, junior and senior, becoming just the third Husker to lead the squad in receiving for three straight seasons, joining Frank Simon (1949-51) and Johnny Rodgers (1970-72). Matt recorded two 100-yard receiving games and 22 multiple-catch games in his Big Red career, with a career-best 10 receptions vs. Texas A&M when he set the single-game school record with 167 receiving yards! In Matt’s speech he talks about how coaches Tom Osborne and Ron Brown, along with others, affected not only his life, but the lives of all Husker players. He shares with his audiences how preparation in football mirrors preparation in life, and is one of the most essential ingredients to success. Matt relates how “rock solid preparation and leadership” propelled the Huskers to win more games than any other team in college football since 1970, and how he has taken those same traits into the business world. Today Matt is the color commentator for The Husker Sports Network. If you enjoy hearing about the subjects of preparation and leadership, along with some motivating, and many times humorous stories about Husker football, you’ll love hearing Matt Davison!

Jon Gordon’s best-selling books and talks have inspired readers and audiences around the world. His principles have been put to the test by numerous Fortune 500 companies, professional and college sports teams, school districts, hospitals, and non-profits. He is the author of 17 books including multiple best-sellers: The Energy Bus, The Carpenter, Training Camp, You Win in the Locker Room First, The Power of Positive Leadership and The Power of a Positive Team. Jon and his tips have been featured on The Today Show, CNN, CNBC, The Golf Channel, Fox and Friends and in numerous magazines and newspapers. His clients include The Los Angeles Dodgers, The Atlanta Falcons, Campbell Soup, Dell, Publix, Southwest Airlines, LA Clippers, Miami Heat, Pittsburgh Pirates, BB&T Bank, Clemson Football, Northwestern Mutual, Bayer, West Point Academy and more. Jon is a graduate of Cornell University and holds a Masters in Teaching from Emory University. He and his training/consulting company are passionate about developing positive leaders, organizations and teams.

On May 25, 2001, Erik Weihenmayer became the first blind person to reach the summit of Mt. Everest. In 2008 he climbed Carstensz Pyramid on the island of Papua New Guinea, completing the Seven Summits, the highest point on every continent. This accomplishment closed the circuit on a 13-year journey that had begun with his 1995 ascent of Denali. He is joined by a select company of only 150 mountaineers to have accomplished the feat. As word spread about Erik’s remarkable achievements, the world took notice; shortly after his summit of Everest, he was honored with a Time cover story detailing his conquest of the world’s highest peak. Since then, he has authored multiple books, including his memoir, Touch the Top of the World. Yet for those who had long known him, his propensity for taking on and knocking down the loftiest of challenges came as no surprise. Even as retinoschisis began to rob him of his vision by the age of 14, Erik resisted the idea that blindness would sweep him to the sidelines of life. He established himself as a formidable wrestler in high school, representing his home state of Connecticut in the National Junior Freestyle Wrestling Championship in Iowa. As a teenager, he also discovered rock climbing and a natural dexterity for the tactile aspects of scanning the rock with his hands and feet for holds. After graduating a double major from Boston College, Erik became a middle-school teacher and wrestling coach at Phoenix Country Day School. Yet it was atop the highest point in North America, the mountain known in the native Inuit language as Denali, where his quest for adventure began to take shape. Erik’s triumphs over some of the world’s most formidable mountains were fueling a growing aspiration to take the lessons he learned in the mountains to help others shatter barriers in their lives. To advance this idea, Erik co-founded not merely an organization, but rather a movement called No Barriers. The mission is to help people with challenges, all of us to some extent, to turn into the storm of life, face barriers head on, embrace a pioneering and innovative spirit and team up with great people to live rich in meaning and purpose. The motto is “What’s Within You Is Stronger Than What’s In Your Way.” To this aim, Erik continues to challenge himself to live a No Barriers Life and in September 2014 he kayaked the entire 277-miles of the Colorado River through the Grand Canyon. Erik is one of the most inspiring, engaging, and sought after speakers in the world. His presentations engage and inspire audiences by capturing lessons from his life and adventures around the world. Erik’s essential messaging focuses on harnessing the power of adversity, developing a guiding vision and building a strong “rope-team.” Erik sees every new challenge as an opportunity to problem solve, strategize and pioneer new ways forward.

“I think this is the best time in history, the most precious time in history to be a pioneer, to reach out, to seize hold of adversity and challenges we face, to harness energy not only to transform our own lives, but to elevate the world around us.”

Keith Deltano is an award winning teacher, educational comedian and curriculum creator. But it didn’t start out that way. He was retained in third grade because he was unable to read and was diagnosed with dyslexia, ADHD and APD (Audio Processing Disorder). He did not fit in and was bullied as a result of being unable to do the simplest tasks, like work the combination on his school locker or recite the months of the year. Keith had some wonderful teachers in Connecticut, but at that time they did not have the medicines and teaching techniques they have now to deal with students with severe learning disabilities. By sixth grade Keith felt he would never get through school. He had bought the lie that he was not smart and would never be anything. Keith used comedy as a coping mechanism. Keith believed what the students and even adults were implying through their comments, jokes, and exclusion: he may be funny and good at football, but he is not smart and will never go anywhere. Keith believes this is a tragedy that occurs over and over again in American schools. By middle school many students have accepted the lies that have been spoken into their lives: they are too poor, they are not smart enough, their family is dysfunctional, they are not pretty enough, they will never fit in, they are different, weird, other, they aren’t good enough, and on and on and on. Keith makes it a big part of his show to convince students that they do not have to buy the lies that others may be trying to sell them. Keith feels that many students have been bullied into a box and he teaches them how to break out of it. By high school Keith was depressed and involved in several self-destructive behaviors. At the beginning of his sophomore year, a guidance counselor told him he would never go to college and should just take the minimum class requirements to graduate high school. Keith believed it and the downward spiral continued. Keith’s parents were doing everything they could to keep him in school and on track, but things were getting out of control. He was approached by a football teammate that was concerned about his self-destructive behavior and encouraged him to reach out to his coaches. Keith got help. When conducting an anti bullying assembly for high schools, Keith talks about this experience. With the cutting epidemic as well as the high rates of teen depression, bulimia, anorexia and teen suicide in the American high school population, Keith believes it is important to address these issues even though it may be uncomfortable to do so. When conducting his anti bullying assembly for middle schools and high schools he feels it is imperative that students know that help is available if they are dealing with bullying, depression, cutting, suicidal ideation, or any other addictions or forms of self harm.

Todd Gongwer is a Husband, Father, Entrepreneur, former college Coach and aspiring janitor who is passionate about helping others discover their purpose in leadership and in life! His expertise in the area of leadership and team dynamics come from over twenty-five years of a wide range of experiences spanning the world of business and athletics. He’s held senior positions in companies ranging from entrepreneurial start-up to public entity while also serving as an assistant college basketball coach for one of the winningest small College programs in the country during the 1990’s. Since writing Lead…for God’s Sake! Todd speaks, teaches, and coaches on the subject of leadership throughout the nation. The impact of his message has been featured in numerous publications such as ESPN the Magazine, ESPN.com, YahooSports.com, and Grantland.com. In addition, his powerful messages are impacting leaders from Fortune 500 companies, small businesses, major universities, professional sports teams, school districts, and churches throughout the country. Referred to by many as a Coach of coaches, Todd also works as a confidant and counselor to some of the most successful coaches and business leaders in the US.